Home / Merger Integration / What You Must Communicate Following a Merger Announcement

Merger integration is often accompanied by
organizational restructuring and layoffs. It cannot
be “business as usual” where management says
“nothing is going to change.” People are expecting
changes to occur and become paralyzed while
they wait to understand how they will be
impacted. Productivity drops, until you can
address the WIFM (What’s In it For Me) question.

Effective communication is vital and difficult to
overdo. Yet communication often breaks down in
stressful situations. Uncertainty and major change
create anxieties that must be assuaged if morale
and performance are not to deteriorate. It is
better to be as open as practicable if you want to
gain trust. You cannot sugarcoat bad news,
people will think you are not being sincere.

People interpret communications differently
depending on their level within the organization.
Messages get lost in translation as they get
cascaded throughout.

Even more important than what is said, is what is
done. Nothing undermines communication more
quickly than inconsistent actions by management.
Nothing speaks as powerfully as someone who is
backing up their words with action. When the entire
management team starts behaving differently and
embodies the change they want to see, it sends a
powerful message to the entire organization. These
actions increase motivation, inspire confidence, and
decrease cynicism.

In a transaction, that first impression usually comes
on Day One, when the deal is closed and people
from both organizations come together to begin to
operate as one company. The tone established in
communications on Day One and the impression it
leaves on people can reverberate for months, and
even years afterwards.

Here are 3 Important Messages to Convey on Day One

1. The vision for the new organization

There needs to be a clear and sustained purpose
to which people can commit that is
understandable and relevant at all levels of the
organization. A clear and shared vision of how the
organization will look once the merger is
complete will:

There is nothing more important to the individual
than knowing where they belong in the new
organization. Fear, uncertainty, and doubt will be
pervasive until you can address individual needs.

Caring for causalities, those who will not be part
of the future organization, is just as important as
those you want to keep as this sets the tone for
how people will be treated.

We often see that the top jobs are negotiated and
parceled out as part of the deal negotiation, but
the vast majority of roles are not determined till
after the deal is done. In the meantime, rumor
mongering has caused the best people who are
also the most mobile to seek employment
elsewhere. This is further exacerbated by
competitors picking up your best people.

3. The culture and values of the new organization

Cultural differences is one of the main reasons
mergers fail, and the one thing that organizations
often fail to address at the beginning. To manage
change successfully you have to address the
organization’s culture (ways of doing things) as
well as the systems and processes.

The implementation of a new structure or
systems can only be effective if it is accompanied
by appropriate changes in behavior of the people
in the organization. While training can impart
more skills and knowledge these changes are
short lived if not supported by changes in culture.

If, for example, one company has an
entrepreneurial culture and the other a more
formal top-down decision making approach,
forcing one culture on the other is not going to
work. People who are used to being independent
will simply leave as they will feel stifled.

Imparting one culture on the other is not going to
work. You will have to define what you want the
culture of the new organization to look like and it
is not simply picking the “best of both worlds.”
Not everyone is going to fit, but it is better to
know that at the onset than months down the
line. 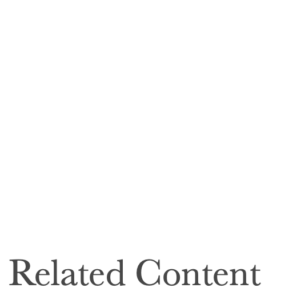